At the turn of 19th – 20th century, the owner had the remaining five Swiss-Tyrol log cabins built. The first local guide book was printed in 1896.

The local park layouts were designed in a romantic style, where the typical character is determined by solitary trees in the main meadow. The parks are exceptional for their high altitude (820 m above sea level) as well as for the usage of exotic wood species. Kladská was the first place in the former Czechoslovakia to use the cultivar of the grey noble fir tree species and unique for their size, the common golden spruce tree species.

Otto Sigismund was a passionate admirer of nature and game breeding. During his life, Kladská was the second largest shooting ground in Bohemia. Duke Schönburg-Waldenburg was buried in a tomb at the foot of Lysina hill, within eyeshot of his beloved settlement. 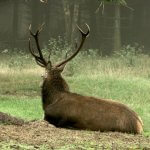 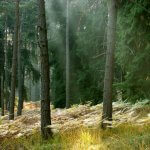